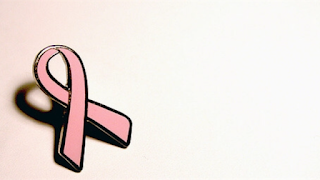 But then, almost exactly three years ago, I was diagnosed with breast cancer, and Autumn's never been the same since.

Now the fallen leaves remind me of standing in the local park, howling like a mad woman because it was the only place I could cry where the children wouldn't see.

Halloween was the night before my operation, when I hid under my duvet, saying a private farewell to a sizeable chunk of my left boob, ignoring all the trick-or-treaters ringing on the doorbell.

Bonfire night reminds me of the party we went to where I became unable to handle small talk. Vague acquaintances would ask me " How are you?" and I'd reply "I have breast cancer." Believe me, it's a conversation stopper.

It's really, really easy to think that's never going to happen to me. That's exactly what I thought. Until it did.

The truth is, breast cancer is terribly common. But there's one thing you can do that will significantly reduce your chances of it happening to you, and that's QUITTING DRINKING.

Dr Ellie Cannon recently published a supplement in the Mail on Sunday on how to cut your risk of breast cancer.

She says that around 3,200 cases of breast cancer each year in the UK are linked to alcohol. Just drinking three alcoholic drinks a week (ha ha!) increases your risk by 15%.

The Chief Medical Officer, Dame Sally Davies, after reviewing all the evidence of the link between booze and breast cancer, said last year that whenever she's about to have a drink she thinks "do I want the glass of wine or do I want to raise my own risk of breast cancer?" This comment was treated with outrage by the media. It's a message that no-one wants to hear.

Alcohol can damage the DNA in your cells, and it also leads to increased levels of oestrogen. In over two-thirds of breast cancers (including mine), oestrogen acts like rocket fuel.

Interestingly, Dr Cannon goes on to talk about other risk factors, including lack of sleep.

Numerous studies have shown that long term disrupted sleep patterns may be linked to breast-cancer development, and women who are sleep deprived are more likely to have highly aggressive cancers. (This is also down to that pesky hormone, oestrogen, whose levels rise in poor sleepers).

Now, when I was drinking I had terrible insomnia. I'd get to sleep, no problem, but then wake up again at 3am, tossing and turning and hating myself. Now, I sleep like a baby.

Guess what another crucial factor in breast cancer development is? THE MUFFIN TOP! Also known as 'the wine belly.' Oh boy, did I have one of those... Then I quit drinking, and now I can look down and see my feet! I've lost twenty-eight pounds and the belly.

Research suggests that 5% of breast cancers could be avoided by maintaining a healthy body weight. And weight around the middle is especially dangerous.

A recent study showed that women who go up a skirt size every decade between the age of 25 and the menopause have a 33% increased risk of breast cancer in later life.

So, if you quit drinking you reduce not just one but THREE of the major risk factors for breast cancer.

Yet another good reason to put down the vino.

If you need some inspiration, information or just something to take your mind off the wine witch, then check out the SoberMummy Facebook page here. I post every week day at wine o'clock, and if you click 'like' on the page, Facebook will keep you updated.

To find out more about my first year sober, and how I kicked cancer's arse, read The Sober Diaries, click here (UK) and here (USA)