How Cancer Changed my Life 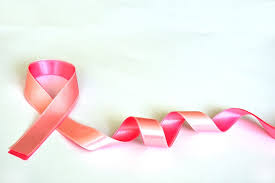 It's been three years since I finished my treatment for breast cancer, and yesterday I had a meeting with my oncologist to discuss my latest blood tests.

This, my friends, means that I am, as far as we can tell, still cancer free.

I swore, when I was first diagnosed, that if I was lucky enough to survive this, I would never, ever become one of those irritating people who said that cancer was the best thing that happened to them.

I still stand by that. Cancer was the very worst thing that has ever happened to me and my family, and I wouldn't wish it on anyone.

However, in many ways my life is so much better now than it was before my diagnosis.

Many studies have shown that feeling grateful is really good for our mental health. It's so easy to send life feeling constantly dissatisfied with our lives, and to forget the important things, like health and family.

I can never forget. Because three times a year I have checks at the boob clinic.

The night before this check-up, I lay in bed mulling over the usual issues of the day, like whether my son will ever get to grips with French grammar, and where my daughter's hockey mouth guard had disappeared to, and it struck me that in twenty-four hours I might be worrying about how long I had to live instead. From one day to the next, your life can change irrevocably.

Every four months I am reminded that having your health and your family is a precious gift that we can never take for granted.

I Don't Sweat the Small Stuff

I used to stress out about the smallest things. Everything had to be perfect.

A cancer diagnosis puts things into perspective. Once you've had to stare death in the face and think about your children growing up without a mother, a parking ticket or a less than perfect school report seem utterly insignificant.

I'm still not an entirely laid back mother, but I'm much more so.

We are always so quick to judge each other, and to get angry when we think that someone has treated us badly in some way.

Dealing with cancer makes you realise that everyone has their own stuff going on - a sick parent, a troubled child, a mean boss. Sometimes, just getting to the end of the day is a triumph. No-one can be expected to be perfect.

I Have a 'Fuck-it Button'

My life has totally transformed over the last three years. There were always many things I wanted to do with my life, but I thought there was plenty of time. I'd get around to it one day, when the time was right.

I was also paralysed by the fear of failure.

Since I was a child, I'd wanted to write, but I worried that I didn't have time, that I would never be good enough, that I'd be rejected or, worse, laughed at.

Since the cancer thing, however, I've developed a 'fuck-it button.'

Now, whenever I hear that little voice of doubt saying you can't, I reply FUCK IT! What's the worst that can happen? I'm not going to DIE (yet), and if I don't do it now, I might run out of time, because who knows what's around the next corner.

So, I published the story of that year of my life - the year I quit drinking, and then got cancer, The Sober Diaries (click here for my Amazon page). And, next year, my debut novel is being published.

I told this story to my oncologist yesterday, and he said that many of his breast cancer survivors have gone on to do extraordinary things.

But it's not just about cancer.

Whatever trauma you are dealing with in your life right now, know this: when you get out the other side (which you will), you will be stronger, happier, nicer and - what's more - you'll be a superhero.

Welcome to Mummy was a Secret Drinker 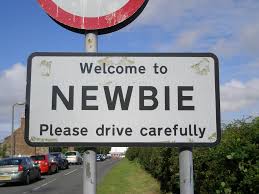 I used to hate January. It's cold and dark. The bathroom scales are the harbingers of doom and you dare not even peek at your bank balance. It's miserable.

Right now, we sober people are surfing the zeitgeist and feeling positively fashionable. I was even in the Sunday Times Style Magazine last weekend. Whoop whoop.

Another New Year bonus is that I get thousands of new visitors to this blog, and if you are one of them, then WELCOME!

I started writing Mummy was a Secret Drinker when I first gave up booze, back in March 2015. I used the blog as therapy, and I wrote every single day. So there are nearly 500 posts on here now.

I thought it might be helpful to signpost some of the ones that you might find most useful.

You might want to start by reading this post, which I wrote when I'd been sober for 1000 days. I had no idea how much quitting alcohol would change every aspect of my life. If you need some inspiration, you'll find it here.

The post I wrote on Three Secrets to Success gives you my top tips for getting sober.

This one, on Making Sober Less Shameful features the TEDx talk I did on what it's like to quit alcohol in a world where everyone drinks.

If you want to learn a bit more about how addiction feels, then try this post on Understanding the Wine Witch.

If you're still not sure whether to quit drinking, or just cut down, then read this: Why Don't You Just Drink Less?

If you'd like to read my blog from the beginning (which is quite an undertaking), then click here.

If my regular readers have any favourite posts you'd like to highlight, please add them to the comments below!

You can read the story of my first year sober in the book described as 'Bridget Jones Dries Out' - The Sober Diaries. Click here for my Amazon page in the UK, or here for the USA.

Happy New Year to you all!