What Happens When You Tell Your Truth? 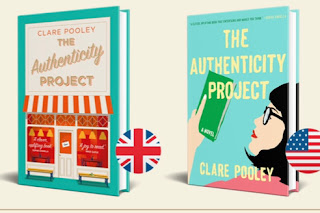 Welcome to Mummy was a Secret Drinker. If you've found this page because you're looking for help quitting drinking then WELCOME!

All the information and support you need is in this blog. There are hundreds of posts, all free to read and share.  Click here for a good place to start! You can also find daily advice and inspiration on the SoberMummy Facebook page.

If you're looking for more information about me and what I've been up to recently, plus my recent blog posts, you can find me at www.clarepooley.com

I can't believe it's nearly five years since I started writing this blog, and two years since I published The Sober Diaries, the warts-and-all story of my first year without booze.

I'll never forget the long, dark nights before publication. I hardly slept. I was utterly terrified, not just about the book being out there, but about the fact that I was booked to appear on Woman's Hour, the Steve Wright show and Lorraine, and was going to be all over loads of publications, including the Daily Mail.

I hadn't been booked to discuss some impressive charity work, or business venture. I was expected to tell the whole world my darkest secrets, how I'd found myself drinking around ten bottles of wine a week, how I'd become a terrible mother, how I'd been anxious all the time, hugely overweight and unable to sleep. How I'd hated myself.

By December 28th 2017 I was convinced I'd made a terrible mistake. Was it too late to pull the plug? It was. The books had been printed, the advance paid, the PR lined up. I thought I was going to be horribly trolled, by people telling me (with some justification, I thought) that I was an unfit mother and a terrible human being.

You see, I'd spent YEARS covering up all my weaknesses, filling in the cracks, hiding my recycling bins, freshening my breath and curating my social media feeds. If you looked at my life from the outside it all looked pretty damn perfect.

But I gritted my teeth and did everything my publishers told me to do, then waited for the fall-out.

It never came. There were a few horrible comments in the Mail Online (my favourite was if I was her husband, I'd be drinking a bottle of wine a day!) but that was it. Instead what I got was a deluge of messages from people all over the world saying thank you for telling your story, because until now I thought I was the only one who felt like that...

What I discovered was that telling your real truth not only changes your life, but can transform the life of so many other people too, and create magical communities.

And that made me think. What would happen if we all told the truth about our lives?

I started writing again, but this time a fictional story, about a little green notebook titled The Authenticity Project in which a terribly lonely widower and artist - Julian Jessop - tells his truth. He leaves the book in a cafe where it's picked up by the owner, Monica, who resolves to track him down and transform his life.

The book is passed between six people including Hazard, a cocaine and booze addict and Alice, a mummy instagrammer, who all write their stories in its pages, leading to a life-changing world of friendship and forgiveness.

I wasn't sure whether anyone would be interested in my novel which, like this blog, I wrote partly as a form of therapy, but - incredibly - it's being published in twenty-nine different languages in 2020.

A huge thank you to everyone who's followed my journey. I am so grateful to you all. And if you're new to this blog, then know you are not alone. Thousands of us have been where you are, and life is going to get so much better... 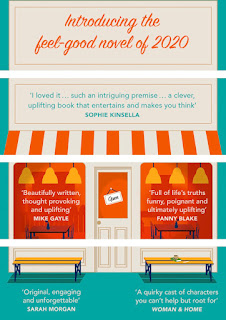