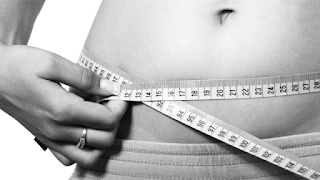 One of the worst side effects of a regular Chablis habit has to be the dreaded 'wine belly'.

As I sit here in my size 12 skinny jeans, a little roll of flab - like a child's rubber ring in the swimming pool - is hanging over my belt. Lovely.

If I lie down in the bath (spoiler alert, do not read this if you are eating lunch), and grab my belly fat with both hands it is - ironically - about the size of a bottle of vino.

The problem with being relatively slim except for the wine belly is that it makes you look 5 months pregnant. And there is nothing worse than some poor woman asking you when it's due, or a curious child asking talking about 'the baby in your tummy'. Plus, if you're at a party quaffing back the vino while looking up the duff you get a lot of hostile looks from the Pregnancy Police.

Not only is a wine belly not the best look aesthetically, it's also very bad for your health.

A wine belly gives you what's called 'the apple shape' where fat is stored around the abdomen and vital organs, rather than the bum and thighs. This is, according to the National Health Service website, the very worst place to store fat as it makes you far more prone to type 2 diabetes and heart disease.

According to the NHS, a woman's waist should ideally measure less than 32". 32"-35" is high, and over 35" is very high. They also suggest measuring your waist to hip ratio i.e. inches around waist divided by inches around hips. For women it should be less than 0.85.

Now my BMI is (just) in the normal range, but my waist (when I started this journey) was 36" and my waist to hip ratio was 0.87 - both of these measurements put me well into the danger zone. No surprise there!

So what causes the wine belly?

Well, wine, obviously! Booze has 7 calories per gram, making it the second most calorie rich micronutrient after fat. A bottle of vino usually contains at least 500 calories - that means that if you drink a bottle of wine a day you are drinking 2 extra day's worth of calories a week! A small glass of white wine (125ml - that's really small, right ladies?) contains the same number of calories as 6 teaspoons of sugar.

And that's not all - Dr Pamela M Peake (author of 'The Hunger Fix') claims that the body can't store calories from alcohol for later like it does calories from food, so it has to 'press pause' on your metabolism in order to deal with the alcohol and, while it does so, any calories you've eaten get stored as fat. Peeke adds that 'research has uncovered that alcohol especially decreases fat burn in the belly...that's why you never hear about beer hips - you hear about a beer belly.'

There are 2 other reasons why drinking alcohol leads to piling on pounds which I'm sure you'll be familiar with.

One is that drinking makes you lose your inhibitions, which means that you're far more likely to pile into the 'death by chocolate' at the end of a meal. The second is the dreaded hangover. Because your body needs energy to recover from your previous night's marathon, it makes you crave fat and carbohydrate rich foods (like the classic British fry up), and dehydration makes you even hungrier.

Confusingly, red wine contains something called 'resveratrol' which can help you burn fat, BUT (and it's a big but, or is that a big butt?) only if you drink no more than one glass a day. Excuse me for a minute while I grab my belly fat and roll on floor laughing.

Bear in mind that I have tried many diets to shift it in the past. I've given up fat, I've given up carbs, I've ditched gluten and dairy. I've tried everything except giving up alcohol. This time I've given up nothing except alcohol. In fact, I've even added in a fair bit of chocolate and cake which I've never eaten much of before.

For the first week I didn't lose any weight (I think my body was busy re-hydrating), but now I'm steadily losing about 1.5 pounds per week. I've lost 3 pounds over all. I've also lost 1.5 inches off the belly.

It doesn't sound like a huge amount, but I swear that the 'jeans that don't lie' now fit really easily. I've also lost an inch off the bum.

Again, sounds insignificant, but child #1 said this morning "Mummy, I think your butt has got less saggy." Talk about damning with faint praise. She then continued "Your boobs are still saggy, though."

I bit back the urge to reply, for the hundredth time, that the saggy boobs are almost entirely the fault of #1, #2 and #3. Particularly #3 who refused a bottle for nearly a year (she doesn't take after her mother, does she?!).

I'm going to stop now and caress the old wine belly in a fond way because its days are numbered. Bye, bye belly, bye bye......

UPDATE: One year after writing this post I'd lost two stone, that's twenty-eight pounds, or 13 kilos, if you prefer. And the wine belly? What wine belly! Now when I look down I have a totally uninterupted view of my feet, and I can spend the money I used to spend on expensive vino on SHOES.

If you'd like to read the whole story of my first year after quitting booze, you can find my book - The Sober Diaries on Amazon by clicking here.