What the Hell Happened Last Night? 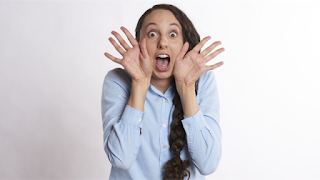 It's exactly thirty years since the Great Storm turned Sevenoaks into One Oak, wrecked Michael Fish's reputation and contributed to the worst ever stock market crash.

I was eighteen years old back then.

I'd left school, but had twelve months stretching ahead of me to fill before starting University, so I was living with two girlfriends and working for IBM, saving money so I could take off around the world with a backpack for a few months.

We were living on the tenth floor of a block of flats in Wimbledon.

The storm didn't wake me up. Nothing woke me up in those days. But, when my alarm finally cut through and I staggered out of bed, I remember being totally confused.

Our flat was trashed. The windows were wide open and the curtains had been pulled outside and were flapping in the wind.

A standard lamp was leaning out of one of the windows, its shade nowhere to be seen. There were papers and rubbish all over the floor and everything was damp.

What had I forgotten now?

Had we had a party?

What had I done?

I picked up the telephone receiver (this was still a decade before I'd get my first mobile), not sure who I'd call or what I'd say, but the line was dead.

I turned on the television, but there was no picture, just an eerie fuzz.

Feeling increasingly alarmed, I switched on the radio, and that's when I discovered that it wasn't just me. The whole country was waking up to the remnants of a wild and unplanned party.

I re-lived that feeling many times over the following decades: waking up and trying to piece back the events of the night before.

How did I get home? Do I have my bag? My wallet? My keys? Did I text an ex-boyfriend? Have I upset anyone? Did I go shopping on the internet?  Are Net-a-Porter going to turn up with a stupidly expensive outfit in an overly optimistic size that I can't remember ordering?  Arrgggghhh.

But by now the only storm was the one raging in my brain.

I didn't have full on black-outs, but I did get the milder version, the precursor, known as 'brown-outs.'

(A brown-out is where you lose track of small chunks of time, so a four hour evening event in your memory only seems to have lasted an hour, and it takes you some time the next day to piece it all back together).

One of the very best things about being sober is always waking up with a clear head, with total recall of where you are, how you got there, where your stuff is, and with very little chance of having lost any friends along the way.

Bizarrely, on Monday, the anniversary of the Great Storm, the sky in London went red. For hours, in the middle of the day. This was, apparently, caused by a melange of dust from the Sahara and ash from the forest fires in Europe, but it looked like a scene from Mad Max.

As I went to bed that night, the children were hypothesising that the red sky heralded the start of a zombie apocalypse.

Oh well, I thought, at least if I wake up to Armageddon, I'll know it wasn't my fault.

By the way, if you were walking on Wimbledon Common in the autumn on 1987 and came across a fetching beige Habitat lampshade, it's mine.

New on the SoberMummy Facebook page (click here for teleportation), a great, well-balanced article on mums drinking, plus (going up this evening) my favourite blog post by Holly Whitaker on why she (like me) hates the word 'alcoholic.'

In other news, all you lovely, kind people who've pre-ordered my book on Amazon might like to know that the publication date has been brought forward to December 28th.

(If you haven't ordered a copy and would like to, click here for UK or here for USA).