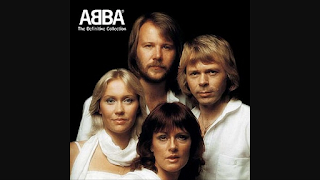 I had posters of them all over my bedroom, in their thigh high boots and American tan tights (the girls), open necked shirts and facial hair (boys).

I knew all the words to every single one of their songs, and would spend hours carefully lowering the stylus onto the vinyl records (remember those days?) and singing along, using my hairbrush as a make-believe microphone.

(I promise you, this post does come back to the subject of my blog eventually!)

I even wrote to Jim'll Fix It (decades before we knew the truth about Jimmy Saville) to beg and plead to meet them.

Then, one day, I was sitting in a German class. I was at the British School in Brussels at the time. A teacher came in and said "I have a letter for Clare Pooley's parents."

I was terrified. Why had I been picked out for special treatment? What had I done?

I wracked my brains trying to think of some past misdemeanour that had finally caught up with me.

I did think about steaming open the letter. Or quietly shredding it. Instead, I manned up and gave it to my Mum.

As she read it her eyebrows did that OMG thing (decades before OMG became a thing). She read it out loud, slowly. It said something like:

The popular music group, ABBA, are doing a worldwide tour of their Voulez Vous album and are playing here, in Brussels. They are looking for a small group of English speaking children to accompany them in the chorus of one of their latest songs: I Have a Dream.

Your daughter, Clare, has been selected to form part of the group.

All my wildest dreams had come true.

And I sang, on stage, in front of eighty thousand people. And I held the microphone in my sweaty hand. And I was patted on the head by Agnetha. And I got all their autographs. And they gave us so much free chocolate and sweets that I was nearly sick.

It was the most exciting night EVER.

So, I've always had a super soft spot for ABBA. Which is why (and here's where it gets relevant - thank you for bearing with me if you are still reading) I was thrilled when Benny Andersson was featured in the Times Magazine 'What I've Learnt' column.

And guess what? Now I love him even more, because he said, as part of his life lessons:

Stopping drinking was the best decision I've ever taken.

He carries on: It was a problem, absolutely. So 15 years ago I thought, I have to give this up. I wouldn't be here now if I hadn't. I triggered a lot of my friends to quit too and they are equally happy.

New of the SoberMummy Facebook page: a video inspired by you on 'the best things about being sober', the world's sexiest teetotal men, and - going up this evening - comedian Tim Minchin's hilarious and inspiring 9 lessons on life.

Email ThisBlogThis!Share to TwitterShare to FacebookShare to Pinterest
Labels: 1980s, ABBA, Benny Andersson, I have a dream, sober, stop drinking