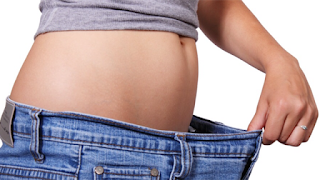 I'm aware that it sounds a little shallow, kicking off my 'Reasons to Quit' series with weight loss.

Perhaps I should have started with something a bit more weighty (excuse the pun), like health issues, or mental wellbeing.

But the truth is we know drinking is bad for us, and we know we have to stop, but it's not easy, and we deserve a bit of a perk, don't we?

And I can't be alone in being a teensy bit interested in the idea of getting skinny, as more people find my blog via Google by typing in 'stop drinking and lose weight' than any other search term.

Weight isn't just a vanity thing for us women - it affects all areas our lives. Our self esteem, our relationships, our health, and the way other people view, and judge, us.

Throughout my childhood, teenage years and my twenties I was effortlessly slim, but from my late twenties onwards (about the time I started drinking heavily) I steadily gained weight.

Not only did this give me a BMI in the 'overweight category', but it made me feel bleurgh. I'd lost my mojo. I felt unattractive and old. I knew that that confident, skinny person was still in there somewhere, but muffled by a layer of blubber and pickled in booze.

I particularly hated the 'wine belly.' (See my post on The Wine Belly). I was asked several times by young children whether I had a 'baby in my tummy.' Mortifying. People would offer me their seats on buses!

It's not surprising that alcohol makes us gain weight. After all, a bottle of wine contains around 600 calories. I was drinking around ten bottles a week! That's 6,000 calories - more than two whole days worth of calories!

Plus, as soon as I'd had a few glasses of vino, all thoughts of moderation in anything flew out the window. Pudding? Why the hell not? Chocolates with coffee? It'd be rude not to!

Then you wake up with a hangover for which there's only one cure: a carbs/fat combo, like a bacon sarnie, or a large blueberry muffin (one of your five a day!).

All of them would work for a while. I'd lose up to around ten pounds in a month. But they were impossible to stick to long term, and as soon as I started eating normally again, the weight would pile back on, plus a bit extra for good measure.

I did the exercise thing too. Jane Fonda's workout. Rosemary Conley's hip and thigh workout. Stepping. Spinning. Running. Large rubber band things. Blow up balls. Callanetics. Weights. Body Pump. Body Attack and that funny machine that you stand on while it vibrates.

I did get fitter, but not much thinner.

Since I quit drinking I haven't followed any particular diet. I've not been to the gym much, although I've been pretty active as I've had so much energy. I've not been hungry at all.

I'm now a small UK size twelve, maybe even a ten (US size 6). I've gained cheekbones. I've lost a chin. And the muffin top that I thought was obligatory for all mothers in their forties? Completely gone!

And the great news about this diet is that it is very simple. All you need to do is not drink alcohol.

But there are some caveats:

You will probably only lose about half a pound a week. It's not like those 'miracle' diets where you lose half a stone in week one. It's slow and steady. But any nutritionist will tell you that's the best kind of diet, and the only way that's sustainable.

Most people don't lose weight initially, many even gain weight at the beginning. It took me until about day 100 to start seeing results.

Firstly, it takes your body a while to adjust - it's had a huge shock. Secondly, you'll crave sugar when you first quit, and cake and hot chocolate are invaluable quitting tools. Let yourself indulge initially - one thing at a time. When you're ready, try to use exercise as a way of managing cravings instead of sugar.

Otherwise it'll all pile back on.

So, if you're in the early days of going sober, and starting to waver, stick a 'fat' photo of yourself on the fridge next to a picture of Kate Moss and keep going!

Check out the SoberMummy Facebook page HERE for inspiration, information and a few great laughs, every week day at wine o'clock. 'Like' the page to stay updated!

Love and skinny hugs to you all,